NS165820 – Kilmun Church is a goldmine for fans of Scottish history; with archaeological evidence suggesting there’s been a church here since pre-Christian times; a fifteenth century tower from an old collegiate church, still standing; incredibly vivid stained glass windows in the the grand nineteenth century building that now occupies the site; and an interesting stone, carved with a simple Latin cross, suspected to have survived since the sixth or seventh century. Not only that but the Campbell Mausoleum is on site; as is the grave of the first female doctor, Elizabeth Blackwell, in the churchyard; and there are original mortsafes mounted on the wall of the collegiate tower.

There’s so much going on at this site that it’s difficult to do it justice, and this is why we’ve designated Kilmun Church as the hub of our Cowal Pilgrimage. The site is maintained and operated by Historic Kilmun, who have a visitor centre inside the church, and offer guided tours. This, unfortunately, means that the church is not kept open outside of seasonal hours or when there are no volunteers to receive you; so it may be wise to contact the Historic Kilmun organiser on 07887 856 514, or email info@historickilmun.org and ask for someone to be there to open up when you arrive.

The village of Kilmun lies on the shore of Holy Loch, just north of Dunoon. There are various walking trails in the hills around the church as well as a great local pub just up the road, and a delightful cafe/art gallery overlooking Blairmore pier a little further up. This pilgrim site benefits from a large parking bay, at ///hills.compelled.subplot, capable of accommodating many cars, a coach tour, or a number of campervans and mini-buses. There’s also somewhere to tie up your bicycles, and, for visitors with mobility issues, you can drive up the wee track behind the car park and leave the car by the entrance at ///eclipses.wicket.tilt.

You can wander around the grounds and explore the churchyard for free. We’re working on a way to have the church open during daylight hours too, as this is where you’ll find the carved stone, associated with St Fintan Munnu, elegantly mounted. Should you wish to view the mausoleum or visitor centre, then there’s a small fee to be paid to Historic Kilmun, which goes toward upkeep of the premises. If there are volunteers on duty, you can purchase tea and biscuits in the visitor reception room, and buy souvenirs, or the Brilliant Flame book about St Munnu, from the gift shop in the same room. The guided tours are optional (once you’ve paid your fee) but highly recommended – the guides always tailor their talk to your interests.

Getting here from Dunoon is fairly simple: just follow the A815 north out of Dunoon, then turn right immediately after the Cot House fuel station, onto the A880 (signposted Historic Kilmun). If you’re following our central loop you’ll be heading south on the A815 from Strachur. After you pass Puck’s Glen (on your left) there’s a 40mph zone and the turn toward Kilmun appears on your left shortly after this is entered, just as you see the filling station ahead of you. The turn appears on the left at ///flexibly.boots.biked just after a sweeping right hand bend.

The parish church of Kilmun is a fine nineteenth-century building, but it was built on the site of a series of earlier churches. The fifteenth-century collegiate church of Kilmun (where a community of priests was headed by a ‘provost’) has mostly disappeared, but the tower which formed its western end still stands to a good height – though roofless and crumbling – to the west of the modern church. 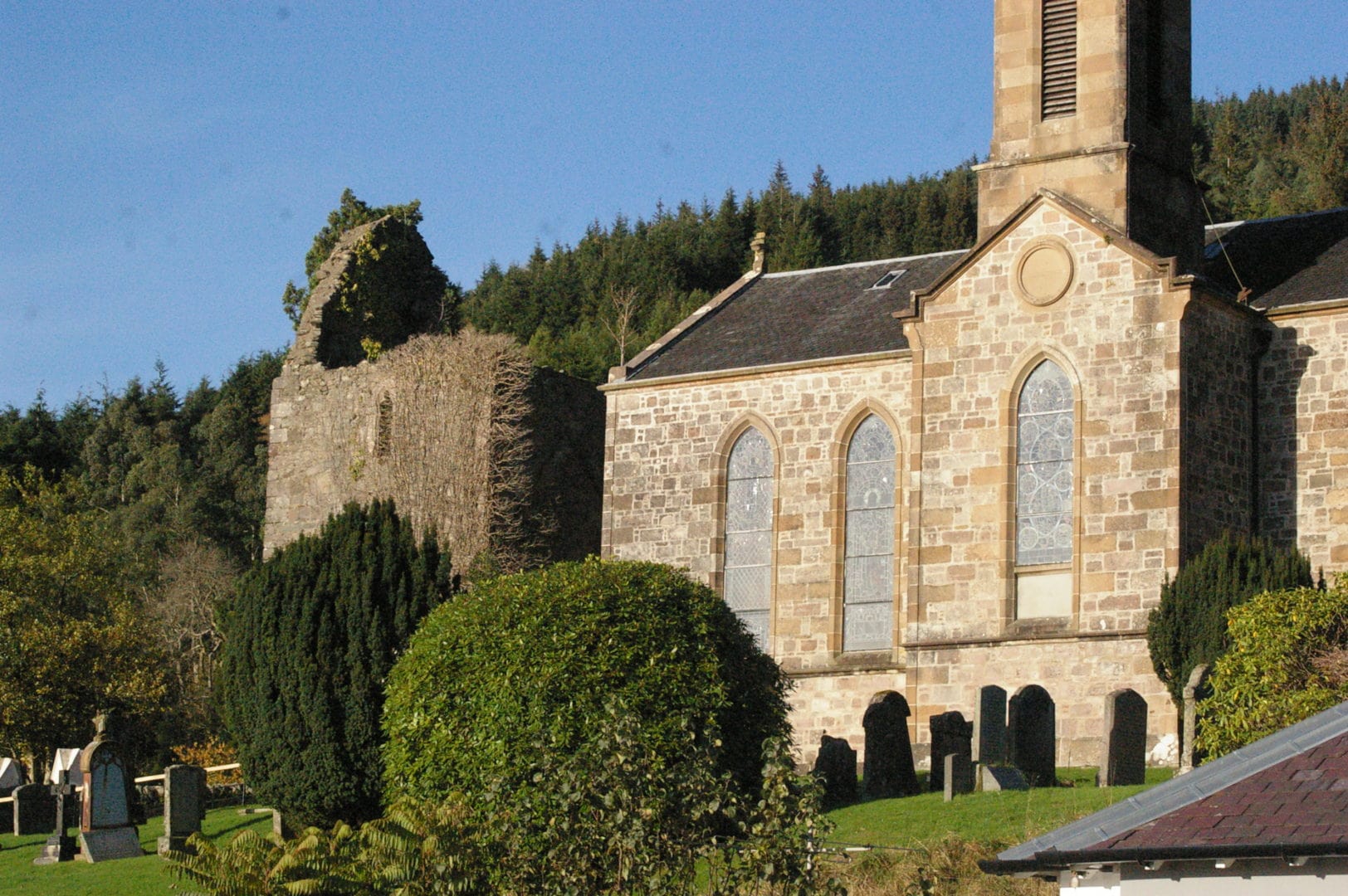 But there is evidence of a much earlier church at Kilmun, perhaps dating back to the period of the conversion to Christianity. A cross in the churchyard appears to be Early Christian in origin. See our post of February 2015 for other suggestive evidence of an early church at the site.

The name Kilmun is Gaelic, ‘the Church of [Saint] Munn’, and several medieval documents survive (A Life, some poetry, and some appearances in the stories of other saints) which shed light on the cult of St Munn. More recently, a book has been published collecting these writings together: Brilliant Flame.

The earliest written record of this church appears in a charter of about 1230 x 1241, when Duncan son of Ferchar and his nephew, Laumannus (i.e. Lamont) son of Malcolm granted to the monks of Paisley Abbey ‘three half-penny lands which we and our predecessors have held at Kilmun, with fishings and all its other pertinents and boundaries, and with all rights which belong to us in the church of Kilmun by reason of our patronage’ (Paisley Register, 132). 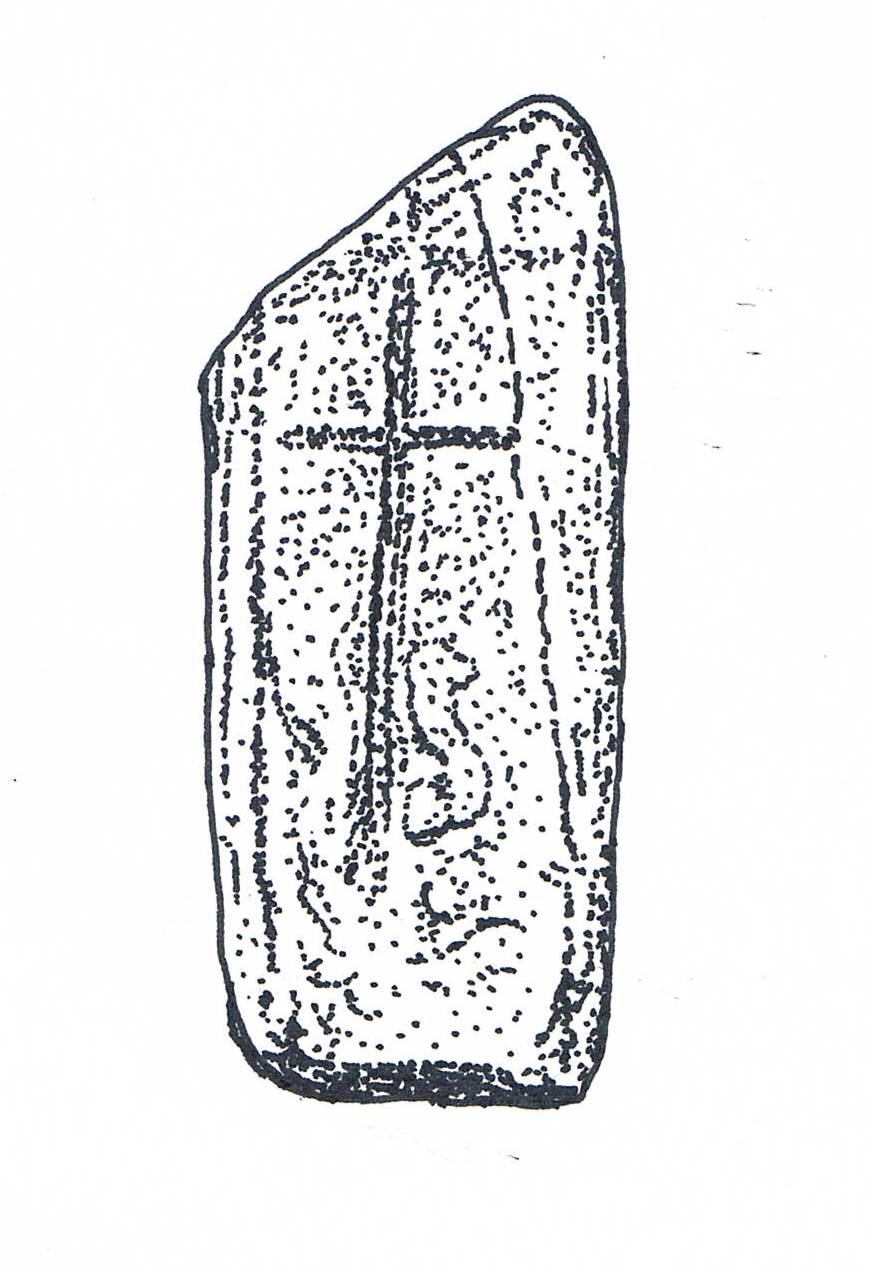 This Lamont control of Kilmun was to be taken over by the Campbell earls (later dukes) of Argyll. In the fifteenth century they founded a collegiate church here. They were the most powerful family in the west highlands of Scotland, and many of them were buried here in the medieval church and later in the family mausoleum which was built beside the post-Reformation rebuild of the church. The mausoleum still stands, and has recently been carefully restored. The restoration was part of a major project to improve the site, including repairs to the church and the creation of an impressive display in the Historic Kilmun Visitor Centre in the entrance to the church where visitors can learn more about this important site and see artefacts related to its past.

An interesting and unusual feature of this church is its early twentieth-century water organ – an instrument powered by running water. You can watch a video about it, and hear Dr Frank Barclay playing it here.