NN095015 – Strachur Church is an understated and beautiful building in the heart of Strachur village. Raised on a mound within a circular enclosure, it sports a natural stone colour – much like Inverchaolain – but unlike Inverchaolain, the entrance is a modest doorway on the east flank of the church. Pilgrims visiting Strachur, a Church of Scotland property, will find the doors open during daylight hours, and a visitor book in the entrance way. Please do sign this book, as it lets the local parish know that their church is appreciated (and if you could mention the Faith in Cowal website, even better!).

Inside, there are large, narrow windows, allowing the light to stream into a, clearly well loved, chapel. Should you wish to offer prayers to the mysterious saint that this church, Kilmaglash, is dedicated to, then take a pew and allow this peaceful corner of Scotland to hear your prayers. Just be careful as you walk down the centre aisle; the full-size, marble gravestone of General John Campbell (American war of independence hero) lies just under the carpet, with an inscription requesting “that no heir or successor shall disturb this sacred repository”.

It is, however, the outside of the building that attracts most visitors to Strachur Church. Inlaid into the walls of the church are ancient carved gravestones, with tightly packed Celtic knots, crosses and figures adorning them. They were brought down from the original kirk yard in Succoth (on the hills above) in the 1780’s, and then used as part of the fabric of the church by a local architect, Archibald Fergusson, when it was remodeled in 1903.

A recent revival of the Dewar Manuscripts has led to speculation that at least some of these stones may have been salvaged from under Loch Fyne. A ship with artifacts plundered from Iona may have run aground and had to dump it’s contraband cargo. Local stories at the time make reference to such stones and crosses ‘miraculously’ floating ashore.

Kilmaglash Church is easy enough to find. If you’re coming from Kilmorie, follow the B8ooo north east until it joins the A815 at ///bedspread.dusty.circle, at which point you turn right, and then take the first left  (at ///hired.campsites.tensions) and follow that road round to the right, heading east. The church will be right in front of you, and there is room to park a car at ///rationed.zealous.oxidation if you’re just popping in. If you plan to stay longer, you can find a small parking area to the south, near ///acoustics.tadpoles.tadpole, or another to the north of the church near ///escorting.spades.select. If this one is full, then there’s usually space opposite the community centre a little further down the road near ///pocketed.triads.origins.

The present parish church of Strachur is modern – a creation of the late eighteenth century, remodelled in the early twentieth – but it is the latest of a long succession of buildings on the site. The place has the appearance of an early medieval church-site: in the heart of the clachan or kirkton, beside the village inn, it is a tall mound within a circular enclosure. 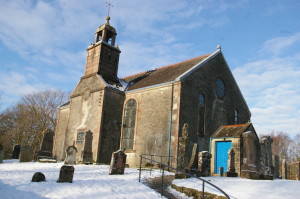 Strachur Church in its round enclosure, beside the inn, looks like an early medieval site. (OS 6 inch 1st edn. [1843 x 1882] courtesy of the National Library of Scotland.)

Who is the saint at Strachur?

The church of Strachur parish is shown on modern Ordnance Survey maps as Kilmaglash. But the earliest form of the name recorded is Kilmalash (Pont’s map, 1583 x 1591), while in later forms a g appears as in Kilmaglais (1630). If we take Pont’s form as normative, an expression of the pronunciation he heard when he was surveying Cowal in the sixteenth century, then we should probably understand the name as meaning ‘the church of [Saint] Mo Laisse‘. This saint’s name appears in places like Lamlash (Arran), which was originally Eilean Molaise, ‘Mo Laisse’s island’ (now called Holy Island), and perhaps Ardmoleish on the nearby Isle of Bute (NS073690).

On the other hand, if we accept the modern spelling, Kilmaglash, another saint’s name must be sought. But the -maglash element is not promising. The Aberdeen Breviary (1510) has a prayer on 30 January for a Saint Glascianus (Sancti Glasciani) who is said to be the patron saint of Kinglassie in Fife. This is not at all reliable, and looks like a medieval attempt to explain the place-name.  The earliest forms occur in the twelfth century, and show that the name contains the Gaelic word cill, ‘church’ or ‘chapel’ – Kilglassin, Kilglessin etc. But the name may originally have meant ‘the church by the burn’ (Gaelic glais ‘burn, stream’), and may not be related to any saint at all.

However, there is an Irish saint recorded as Glaisne in one medieval source, and he (or she?) may be commemorated in Irish place-names like Kilglass in Co. Longford and Kilglassan in Co. Mayo. So we cannot exclude the possibility that a saint with a name like Mo Glais (a hypocorism or devotional nickname derived from Glas or Glaisne) is commemorated at Kilmaglash – though we have no idea who he or she was.