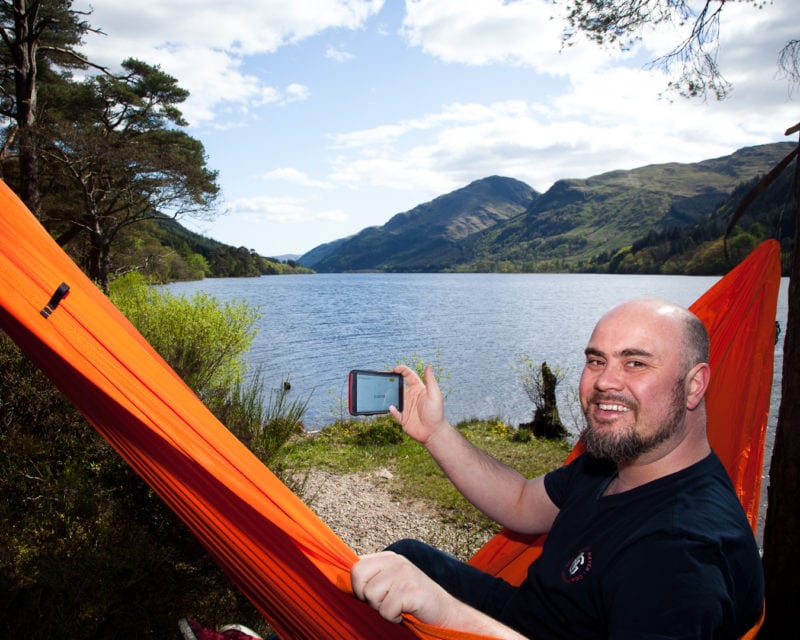 Great news for fans of historical fiction novels and/or the Celtic Christian era of Scotland’s past. Alloa writer Martin Haworth has recently released the first in a gripping new saga. Chosen Wanderers is the first book in the Z-Rod series: a gripping saga set in the upheavals of Pictish Scotland in the 6th century. As such it should make the perfect companion reader for those looking to make pilgrimage in Cowal.

From the back cover:

At the initiation of two princes preparing one to rule the tribe, a mysterious power symbol, the Z-Rod, is tattooed on one, unleashing uncontrollable consequences.

Tribal power struggles are further intensified when two Irish saints arrive whose vibrant faith and daring spirit, preserving them through the Scottish wilds, demonstrates to capricious warlords and their powerful druids, an
alternative worldview of reconciliation and hope.

Straddling these two worlds is a mysterious bard with prophetic abilities. His revelation has little relevance initially, but later becomes the lifeline to recover a seemingly lost destiny. What significance does the Z-Rod and ‘bearing fire to the north’ have on an exile, and how will anything be
achieved amidst poverty and obscurity?

By turns epic and homely, spiritually searching and thoroughly adventurous, this story of great undoing and remaking propels us through multiple scenes and characters in a setting which is utterly convincing in its detail.

We spoke with the author, Martin, who told us that he was inspired to write this series because of the current popularity of historical fiction (think Game of Thrones) and Celtic adventures (think Outlander). He wanted to craft a mainstream novel that has Christian values at it’s heart but isn’t preachy and doesn’t exclude readers of other persuasions.

“The book presents an authentic Christian culture that would not make an ‘outsider’ feel uncomfortable”, said Martin. “Although this is fiction, I have striven to be historically accurate, portraying how the early pioneers reached the pagan and warrior culture of the Picts with a message of power and hope”, he added. Martin also runs a business, called Roaming Scotland, which hosts Celtic Christian retreats throughout Scotland and particularly on our neighbouring peninsula of Kintyre. We’re hoping to help him make similar such retreats available in Cowal.

The new novel has been published by Malcom Down & Sarah Grace and is available on Amazon, although we’re sure local bookshop, Bookpoint Dunoon, will order it in for you if you arrive in Cowal without a copy of your own!